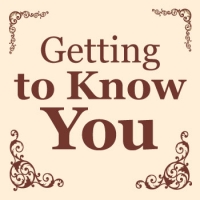 In the coming weeks a new series of articles - running parallel to the "Projects" articles series - will be added to the website. The new series is called "KOR LFR Interview Series" and it will feature one-on-one interviews with officers and members of the KOR and LFR Bonn Chapter. The series aim to introduce the people behind the organisation, a sort of backstage ticket to the movers and shakers of the group. The series will explore their views and perceptions on living  and working abroad, on their social engagement via the KOR LFR and their vision for the organisation.
The series will be an exciting chain of articles that allow friends and supporters to get to know the Ladies and Knights like never before. Stay tuned!
Posted by Ladies for Rizal Bonn Chapter at Thursday, July 21, 2011